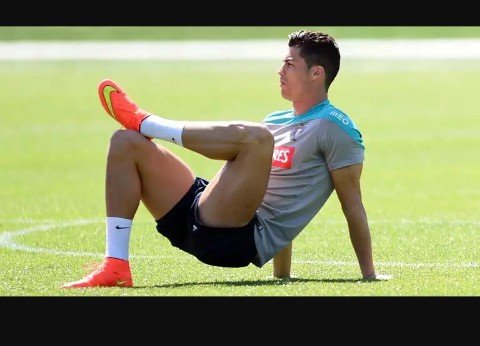 The Portugal camp in Cascais is buzzing following the arrival of Real Madrid star, Cristiano Ronaldo joined on Monday afternoon, 11 days before his country’s World Cup opener against Spain.

The European Champions take on Algeria on Thursday in their final warm-up game in Lisbon’s Estadio da Luz boosted by Ronaldo’s presence.

Ronaldo posted a photograph on his Twitter account wearing the No. 7 jersey with the message: “The world is watching. Let’s go to work.”

Portugal were so ordinary without the five-time Ballon d’Or winner in Saturday’s goalless draw against Belgium that followed their 2-2 stalemate with Tunisia.

“The quality increases having the best player in the world with us but the demand continues to be the same,” said Portugal midfielder Joao Moutinho in Monday’s news conference.

“We have a complete group now. He is an added value. We have the best in the world with us and we have to learn and evolve with him.”